The Department of Geological Sciences at the University of Colorado Boulder, invites applications for an open rank (tenured, or tenure-track) faculty position in the field of Geobiology. They seek a geoscientist who addresses the interaction and co-evolution of the Earth and biosphere at any time scale, including deep time.  In particular, a scientist who will develop and apply state-of-the-art geochemical tools to Geobiological problems, in combination with petrologic, sedimentological, fossil, molecular, biological, modeling, field and/or theoretical approaches.
This position is a central part of a current hiring initiative in Geobiology.  The successful candidate should significantly augment the Department’s geobiology program, and complement our strengths in geomicrobiology, organic and inorganic geochemistry, paleontology, planetary sciences, petrology, geophysics, geomorphology and/or paleoclimatology.  We are particularly interested in applicants who would establish an analytical facility that would enhance the Department’s growing array of geochemical and isotopic instrumentation, and engage in collaborations with our faculty.  The successful candidate will be expected to develop an innovative and impactful research program, and to vigorously contribute to Departmental teaching at both undergraduate and graduate levels.

This position will be filled at the Assistant, Associate, or Full Professor level. A PhD in Earth sciences or a related field is required at the time of appointment, and post-doctoral or current faculty experience is preferred.

Every year the GSA Geobiology and Geomicrobiology division selects three exceptional researchers to receive pre-tenure, post-tenure, and distinguished career awards.  This year we had an exceptional list of nominees and we are pleased to announce that the 2015 awards go to Arpita Bose, Tim Lyons, and Elizabeth and Rudolf Raff. Please checkout their biographies below.

I am Arpita Bose, an Assistant Professor of Microbiology in the Department of Biology at Washington University in St. Louis (WUSTL). My general interests are geomicrobiology, microbial physiology, microbial ecology and evolution, biogeochemical cycling, gene regulation, microbial metal respiration and Earth history.

During my graduate work and post-doctoral research, I used genetics, biochemistry and molecular biology to understand microbial metabolism. My Master’s research at the All India Institute of Medical Sciences, New Delhi, dealt with understanding the physiological response of Mycobacterium tuberculosis to hypoxia. For my PhD research I studied methanogenesis performed by the poorly understood archaea, in the lab of Prof. William Metcalf at the University of Illinois at Urbana. During this period I took, and subsequently taught, the Microbial Diversity Summer course at the Marine Biological Laboratory. I taught the course again in 2014 before moving to St. Louis and highly recommend it to budding geomicrobiologists.

I was a Howard Hughes Medical Institute research associate for a year in the lab of Prof. Dianne Newman at the Massachusetts Institute of Technology, where I studied photoferrotrophy performed by purple non sulfur bacteria. I thereafter moved to Prof. Peter Girguis' lab at Harvard University, where I used a combinatorial approach to study microbial metabolism at the environmental level. At Harvard my research was funded by the Life Sciences Research Foundation, Howard Hughes Medical Institute, L'Oreal USA, AAAS, UNESCO and the US Department of Energy. My research focuses on understanding various microbial metabolisms. I intend to apply this basic understanding of microbial metabolism to engineer microbial systems for sustainable biochemical & bioenergy production as well as tackle issues such as bioremediation and biofouling. I also hope that my research would reveal basic geomicrobiological phenomena that shape our planet and possibly others.

Timothy Lyons is a Distinguished Professor of Biogeochemistry in the Department of Earth Sciences at the University of California, Riverside, where he has been on the faculty since 2005. Dr. Lyons’ primary research themes are astrobiology, marine geochemistry, geobiology, biogeochemical cycles through time, Earth history, and paleoclimatology. His career-long interests in anoxic marine environments, early atmospheric oxygenation, and co-evolving life have inspired the development and refinement of diverse geochemical tracers in modern settings for exploration of the ancient ocean and atmosphere and the search for life beyond Earth. He was a member of two previous research teams within the NASA Astrobiology Institute (NAI) and is leader of the new ‘Alternative Earths’ NAI team based at UC Riverside.

Dr. Lyons is a fellow of the Geological Society of America, the American Association for the Advancement of Science, and the Geochemical Society/European Association of Geochemistry. He is also a 2015 recipient of a Contributions Award from the Geobiology and Geomicrobiology Division of the Geological Society of America. He has been a visiting scholar at the Royal Netherlands Institute of Sea Research, the University of Queensland, the University of Tasmania (Comet Fellow), the Max Planck Institute for Marine Microbiology (Hanse-Wissenschafts-Kolleg Fellow), Cambridge University (Leverhulme Visiting Professorship), the Institute of Geology and Geophysics–Chinese Academy of Sciences, the Institut de Physique du Globe de Paris, Rhodes University in South Africa (Hugh Kelly Fellow), and Yale University. He was the first Agassiz Lecturer at Harvard University and a recipient of the William T. Kemper Fellowship for Teaching Excellence at the University of Missouri.

Dr. Lyons has served on numerous steering and organizing committees, including service to the Goldschmidt Conference of the Geochemical Society, the Integrated Ocean Drilling Program, and panels within the National Science Foundation (NSF) and the National Aeronautics and Space Administration (NASA). He is chair of the Geochemistry Committee of the Petroleum Research Fund of the American Chemical Society and works frequently with international funding agencies, including long-standing membership in the College of Reviewers of the Canada Research Chairs Program. Dr. Lyons was also a member of the U.S. National Research Council Committee on New Research Opportunities in the Earth Sciences at the U.S. National Science Foundation (NROES, a 2012 decadal report).

Dr. Lyons has served in ten editorial positions, including a long-standing affiliation with Geochimica et Cosmochimica Acta, and on advisory boards with the American Geophysical Union and Cambridge University Press. He received a B.S. with honors in geological engineering from the Colorado School of Mines, an M.S. in geology from the University of Arizona, and an M.Phil. and Ph.D. in geology/geochemistry from Yale University, followed by postdoctoral research at the University of Michigan. 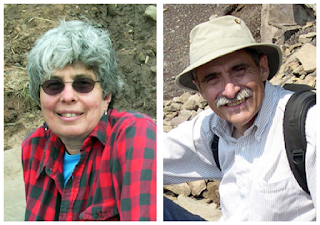 Fossil embryos represent extraordinary preservation that needs biological as well as geological explanations. We are investigating the biology of the process of stabilization and preservation of soft tissues required for potential fossilization, using large marine embryos as a model (400 µm diameter embryos of the sea urchin Heliocidaris erythrogramma). We discovered that two key events are required. The first step is stabilization of the embryo by immediate post-death inhibition of autolysis, the process in which cell cytoplasm is degraded by release of intracellular lytic enzymes. The second step involves unexpected and remarkable microbiological processes. Although many bacteria destroy soft tissue, we have found that some bacteria can actually preserve soft tissue by generating a pseudomorph, a dense three-dimensional bacterial biofilm in which the bacteria consume but replace the tissue. Bacterial pseudomorphs are stable replicas of the embryos – like sculptures of the original embryo constructed from bacteria. We are investigating the mechanisms of blocking autolysis in taphonomically feasible environments, and the actions and ecology of diverse microbial players whose interactions lead to preservation or destruction of stabilized tissue. We are identifying and isolating bacterial species that are potential pseudomorphers of dead embryos from several different kinds of natural environments.

[Fig 4A-C from Raff, R. A. and Raff, E. C. The role of biology in the fossilization of embryos and other soft-bodied organisms: Microbial biofilms and Lagerstätten. 2014. In “Reading and Writing of the Fossil Record: Preservational Pathways to Exceptional Fossilization” (M. Laflamme, J. Schiffbauer, and S. Darroch, eds.), The Paleontological Society Papers V. 20, pp 83-100.]
By RowanMartindale - July 09, 2015 No comments:

Special Edition on the Ediacaran

Check out the new Special Edition of Palaeogeography, Palaeoclimatology, Palaeoecology (Paleo3) edited by Lidya Tarhan and our own Marc Laflamme: